California is such a romanticized destination, from its dramatic coastline to its quirky characters — and it’s all best experienced on the road.

Subscribe to our Big and Small Travel YouTube channel and watch our travels in California, starting with Los Angeles:

One of the best and most popular road trips in the Golden State—possibly even in the world—involves driving along the scenic Pacific Coast Highway between sunny Los Angeles and foggy San Francisco.

Here’s our photo guide to must-see sites and stops along the way, starting in L.A. and going north. 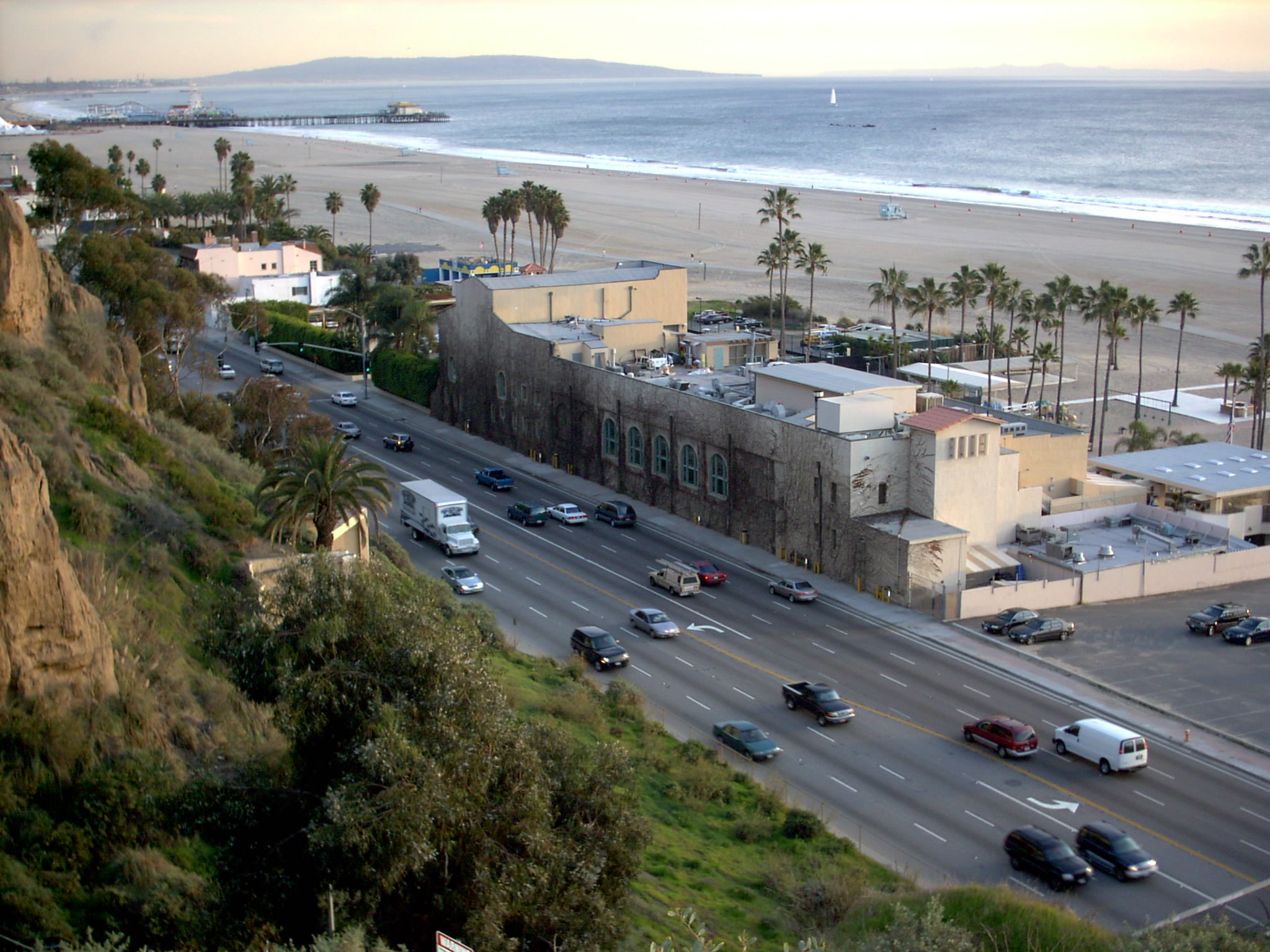 Pacific Coast Highway (PCH) in Santa Monica. The beginning of our journey. 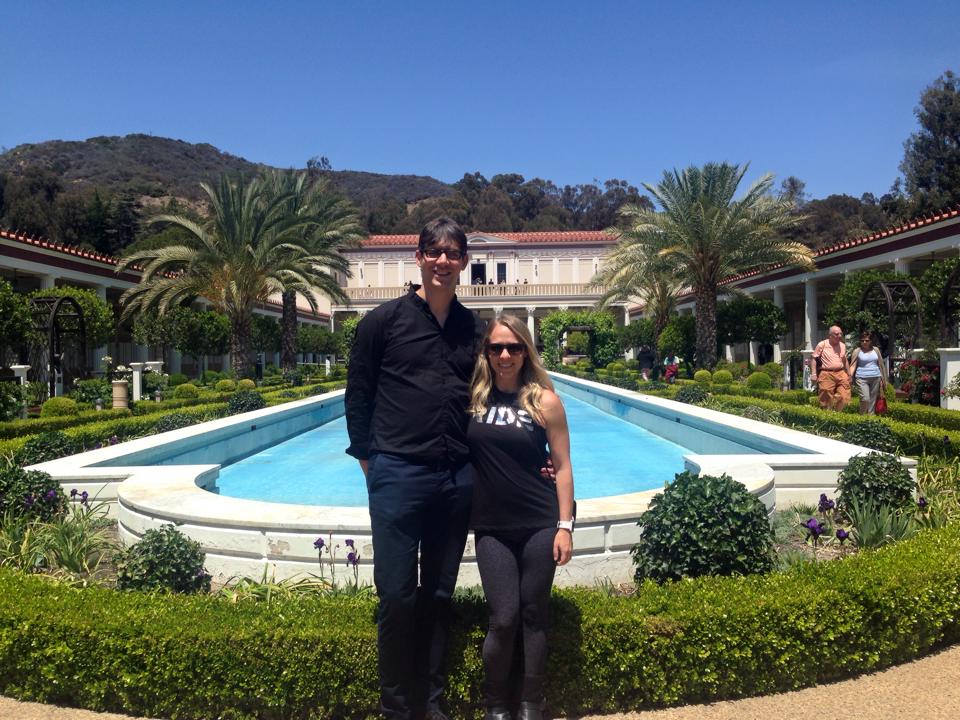 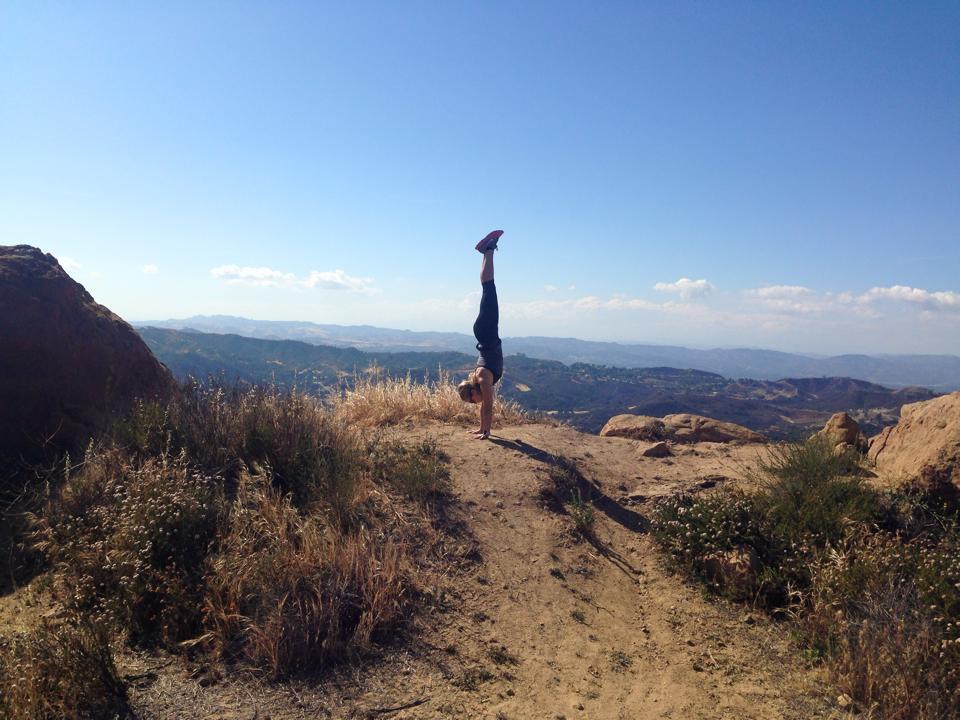 Topanga Canyon: Just south of Malibu, head east to enter the lush Topanga Canyon area, filled with windy roads and scenic hikes. We recommend the Eagle Rock hike for great views of the city and the sea. 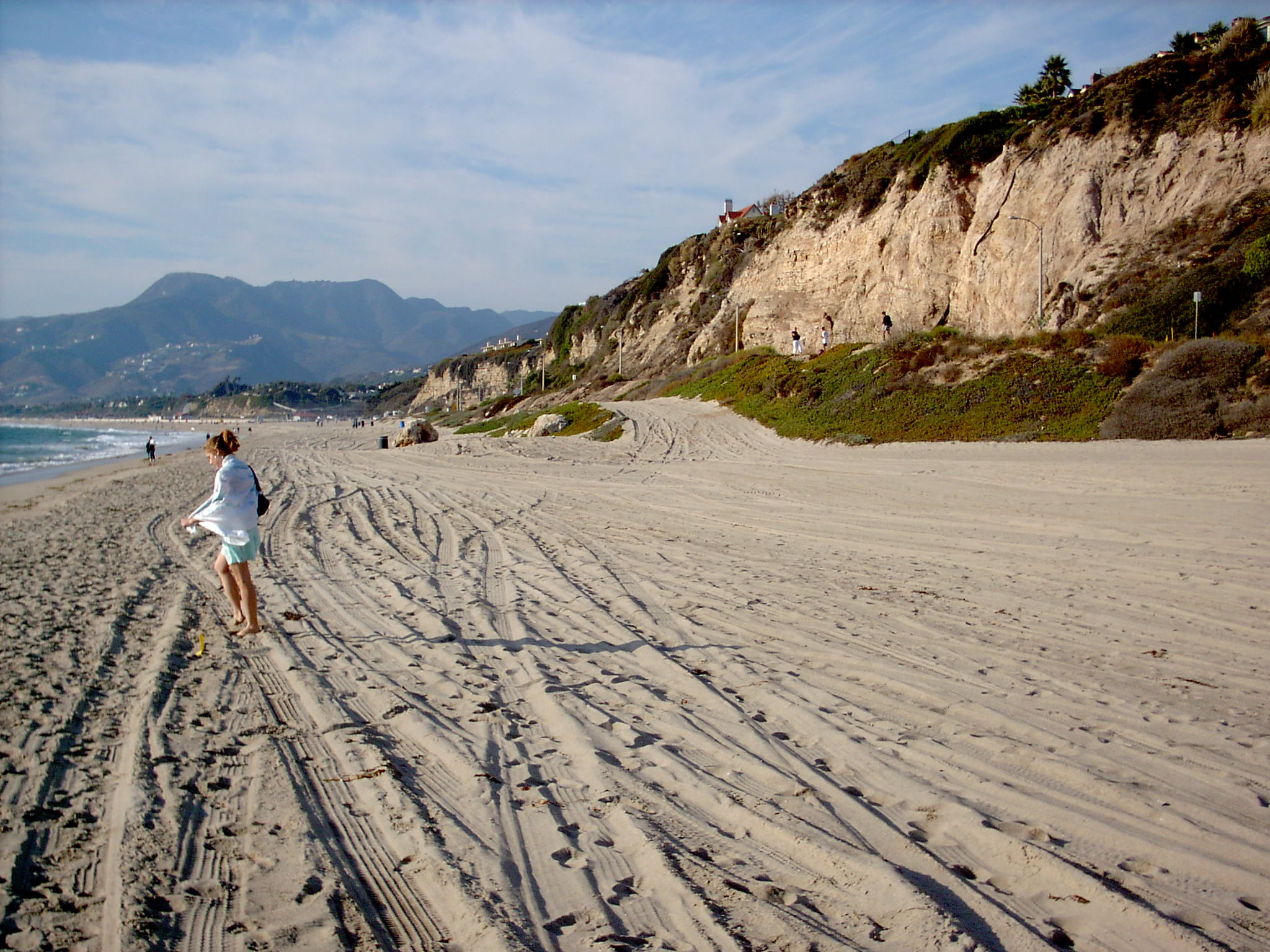 Zuma Beach: This iconic and stunning Malibu beach is a perfect sun-soaked spot, without all the crowds. 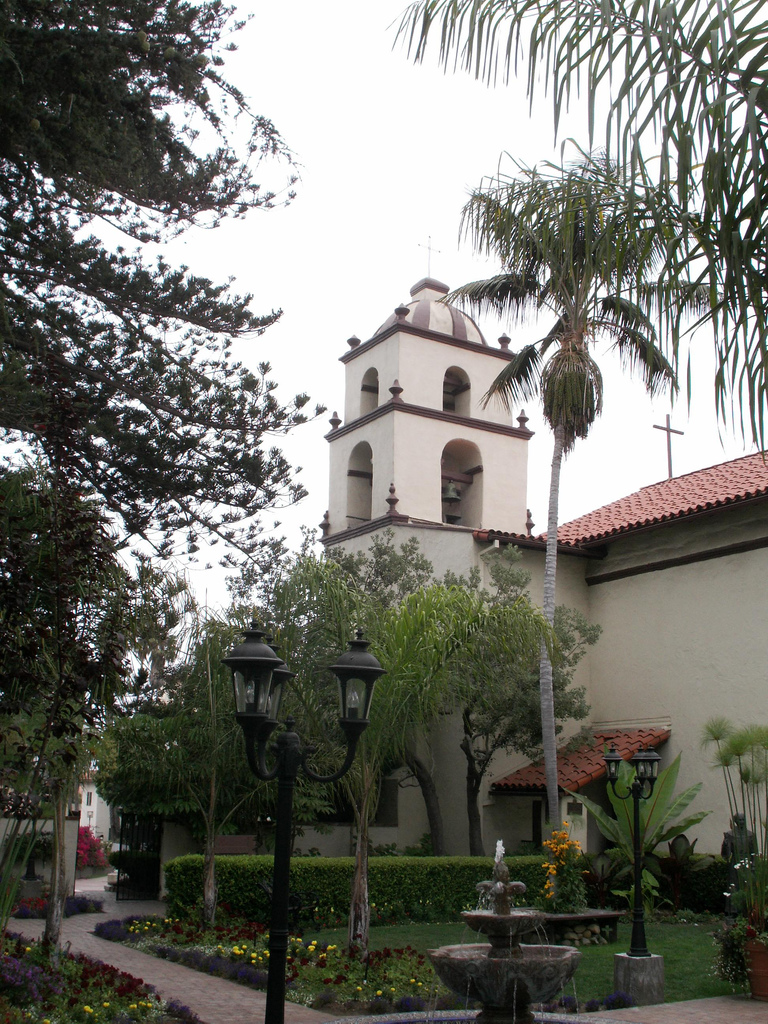 Ventura Mission: San Buenaventura is a Spanish mission founded by the Franciscan order in Ventura on March 31, 1782. It was the ninth Spanish mission established in California. 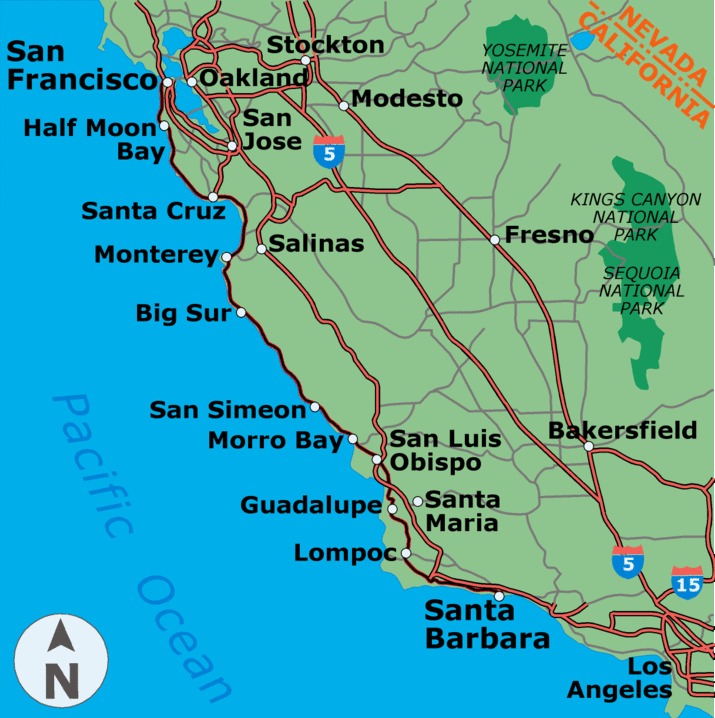 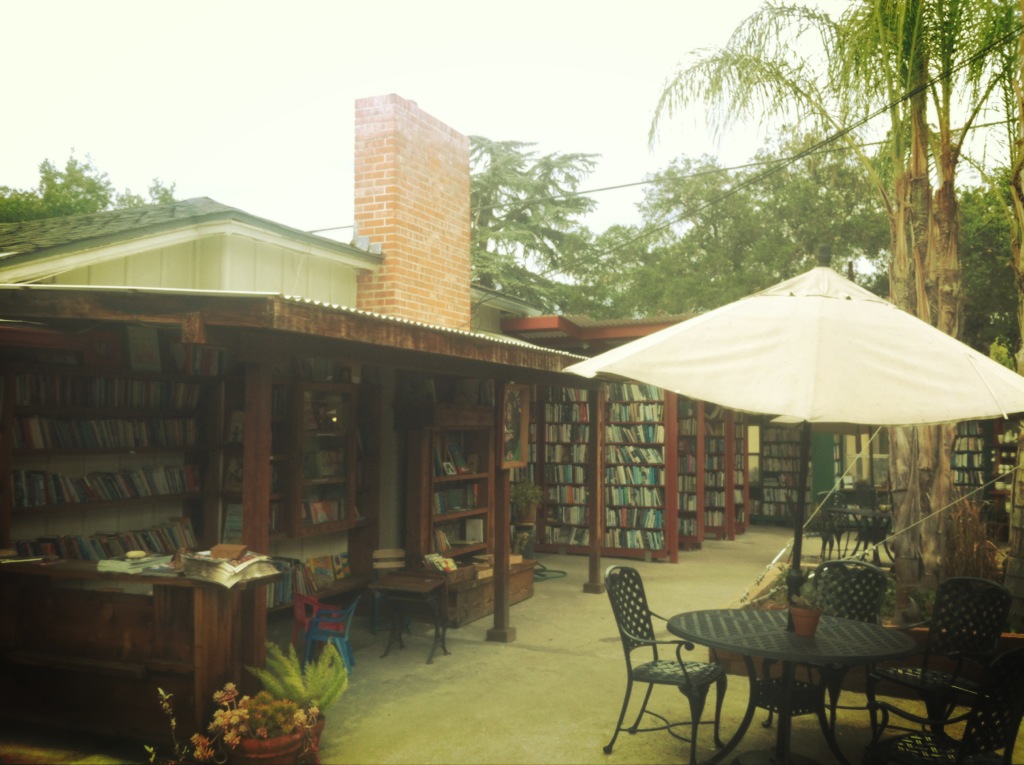 Ojai’s Bart’s Books: The city of Ojai is located between Ventura and Santa Barbara. You’ll have to take a brief detour from the coast and go inland about 30 minutes from Ventura. Head straight to Bart’s Books, the largest independently owned and operated outdoor bookstore in the U.S.A. Then, check out Noso Vita, a quaint cafe for coffee and tea lovers. 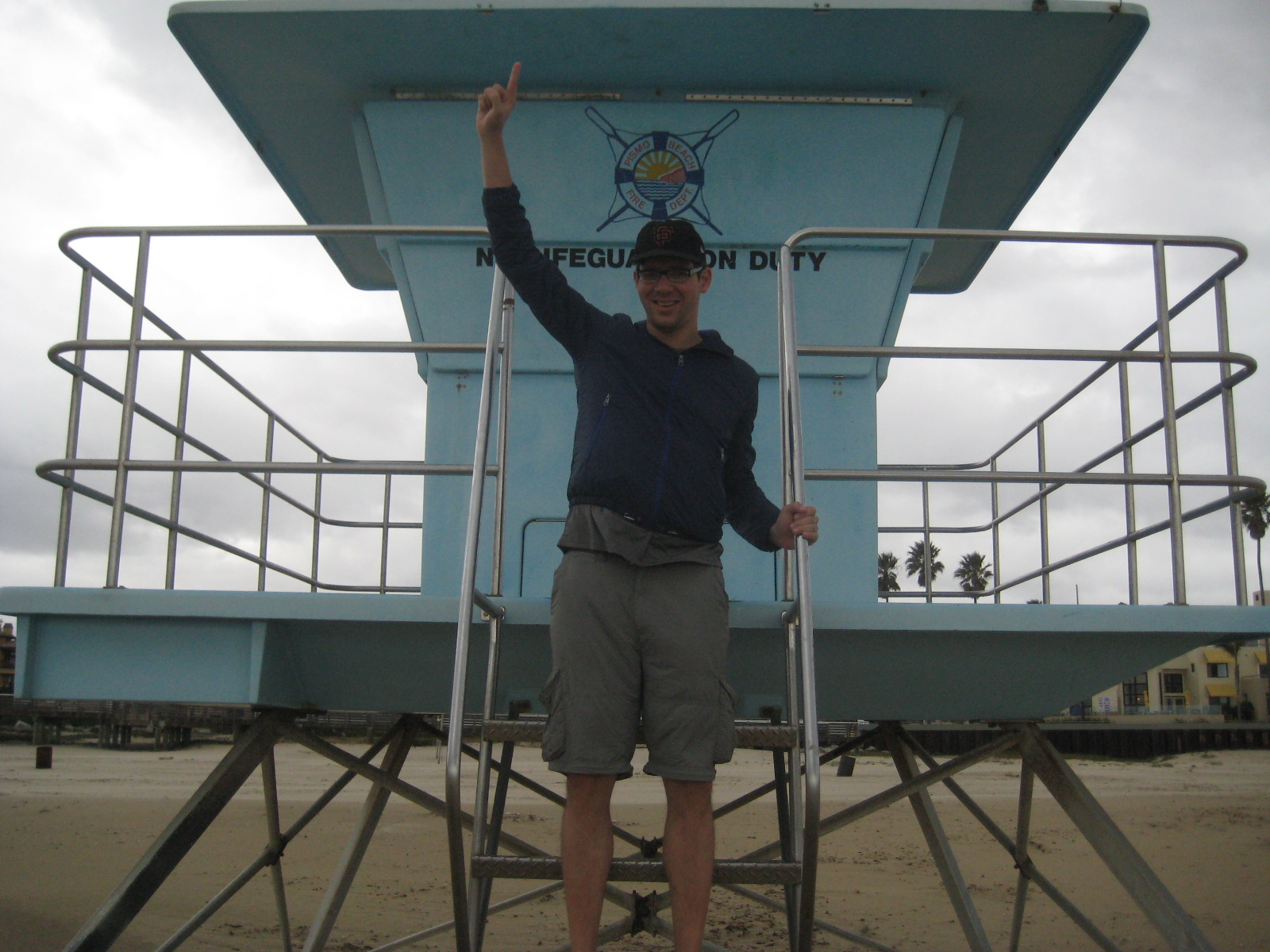 Pismo Beach: Big at the Pismo Beach promenade. Pismo was once known as the Clam Capital of the World, but it can no longer claim this title because of over-harvesting. 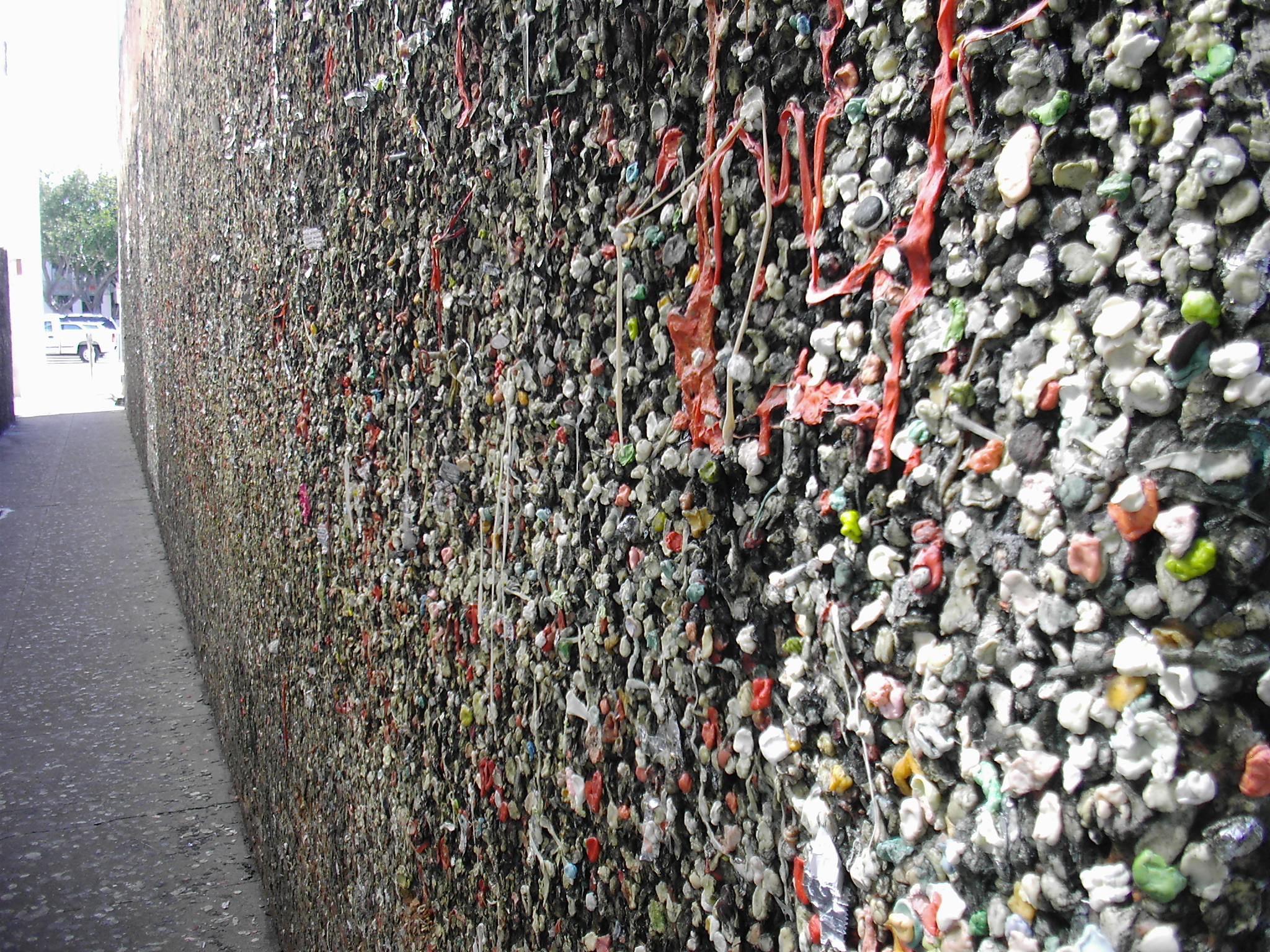 San Luis Obispo: Bubblegum Alley is just how it sounds, and is a tourist attraction you can add your own touch to! It’s a 15-foot (4.6 m) high by 70-foot (21 m) long alley lined with chewed gum left by passersby. It covers a stretch of 20 meters. 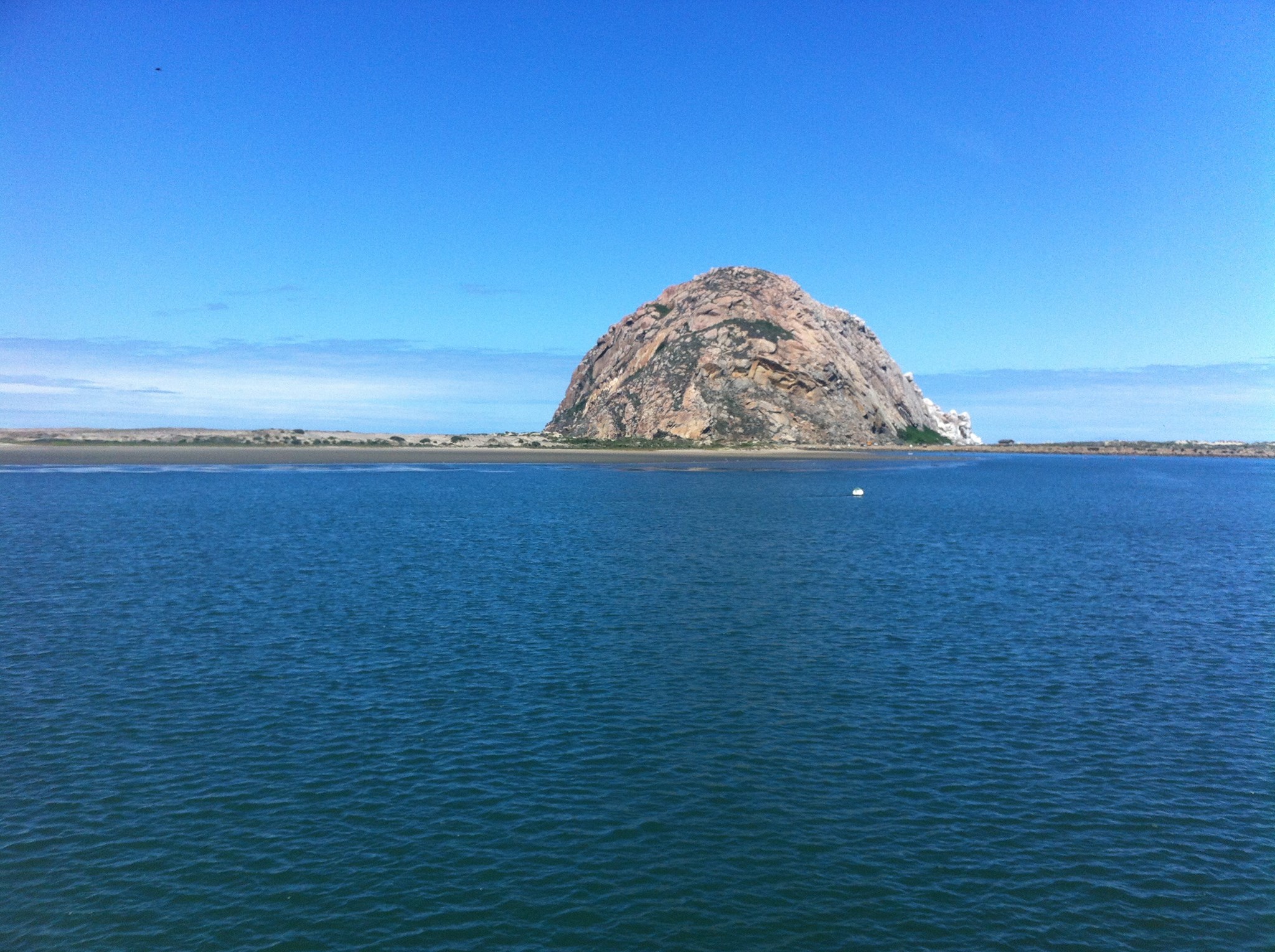 Morro Bay: Often called the “Gibraltar of the Pacific,” this impressive rocks juts out of Morro Bay in California’s Central Coast. 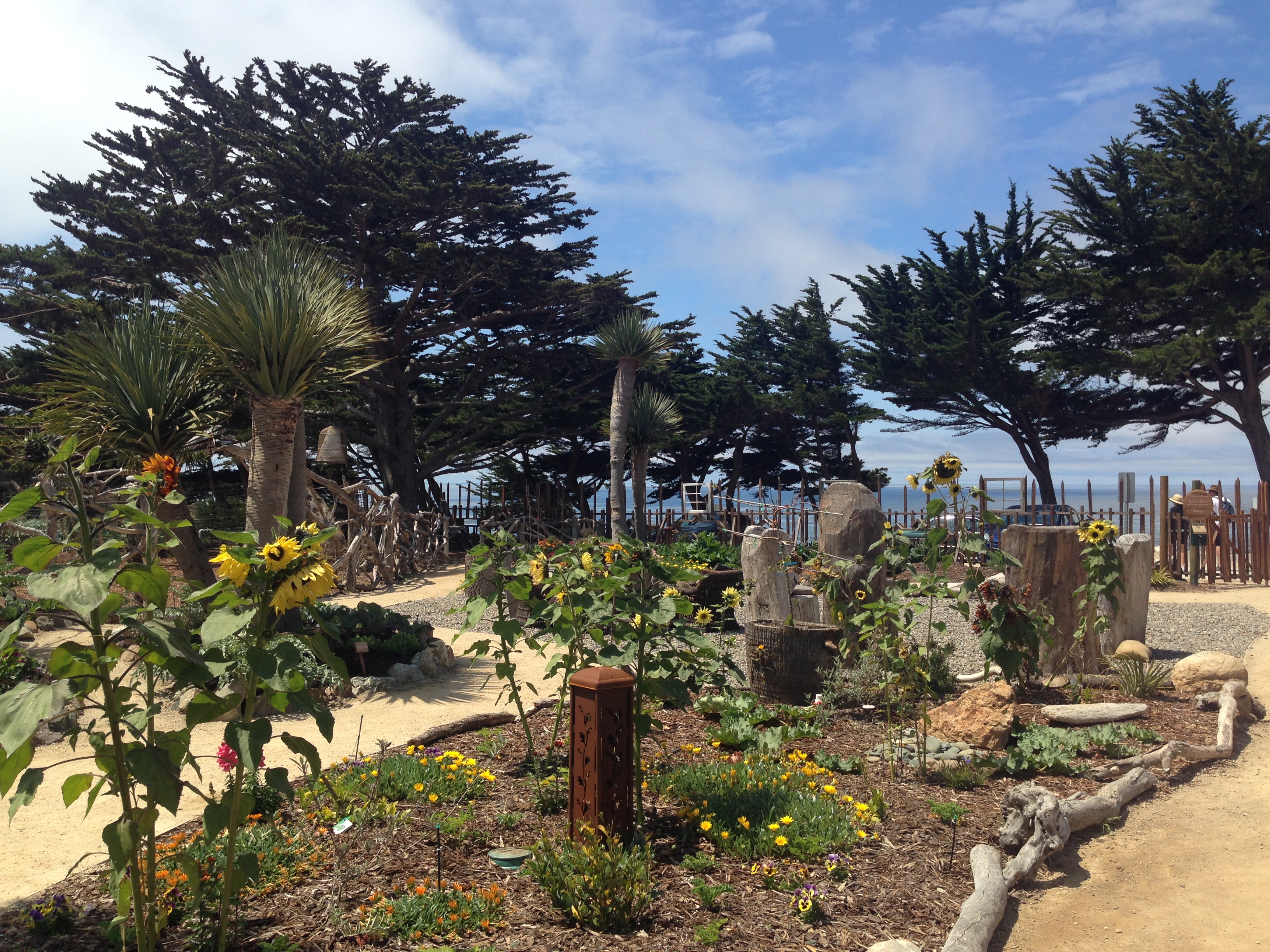 Cambria: Be sure to stop at Centrally Grown to stock up on tasty snacks and fresh produce, grown right on the property.

Once you have reached Cambria, you are almost at the halfway point between Los Angeles and San Francisco. (If taking the 101, the halfway point is around Paso Robles — an excellent spot for wine lovers — and for those on I-5, it’s around Kettleman City.)  Cambria is just south of San Simeon, the home of the Hearst Castle, and within 90 minutes of majestic Big Sur. 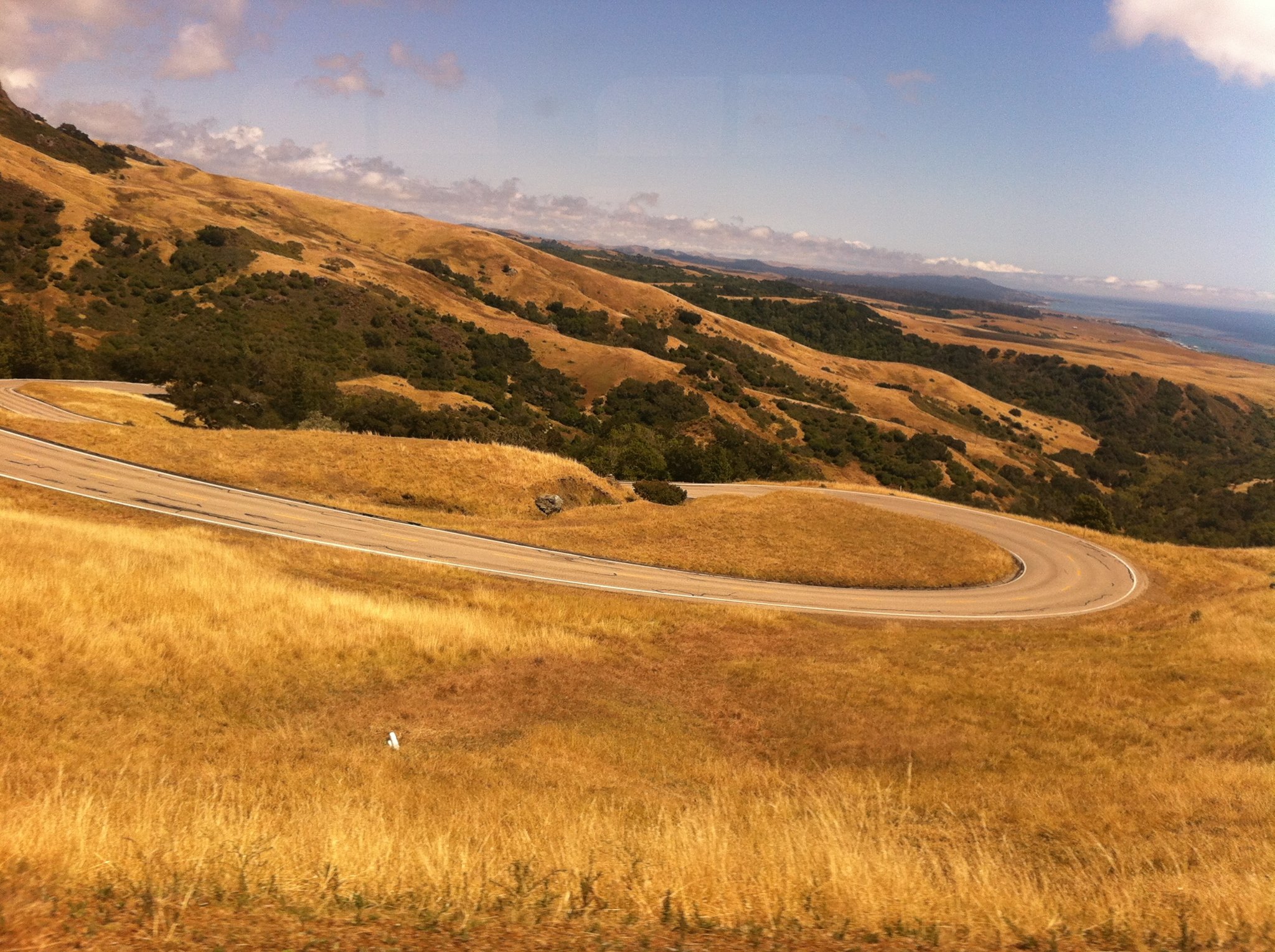 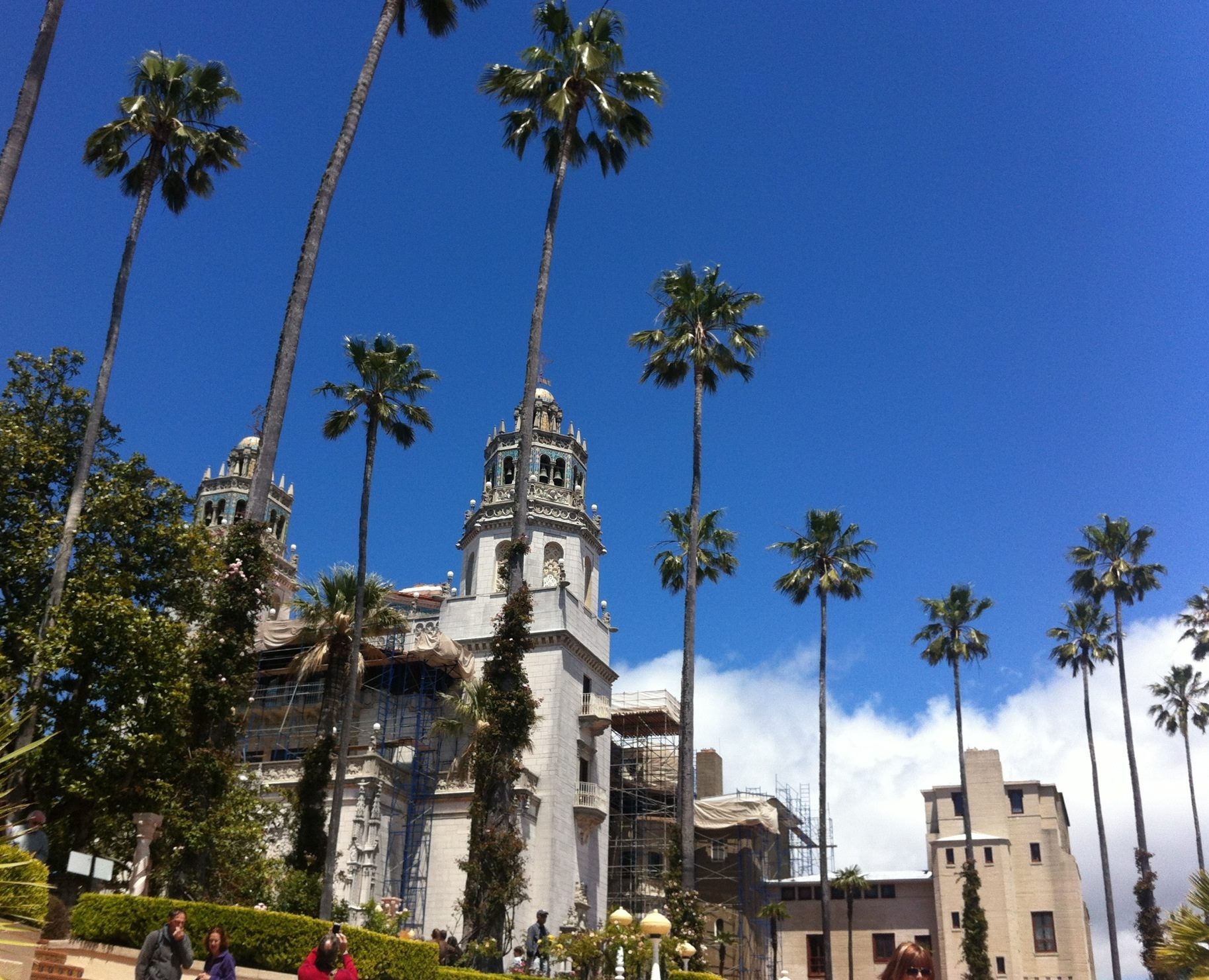 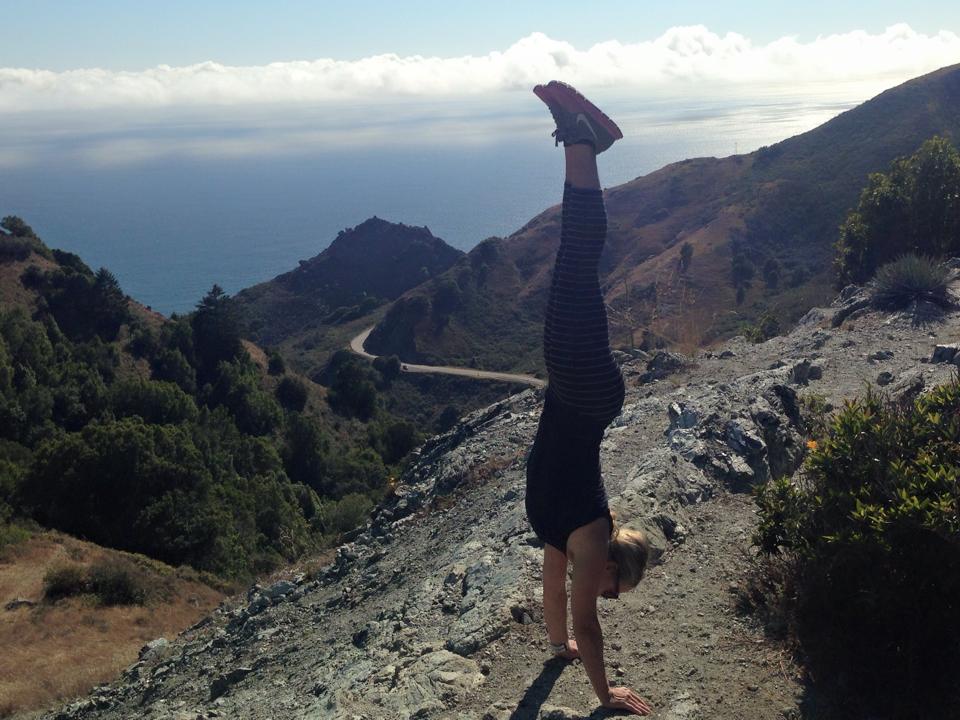 Big Sur: Small shows off on the Limekiln trail, located in the southern part of Big Sur. 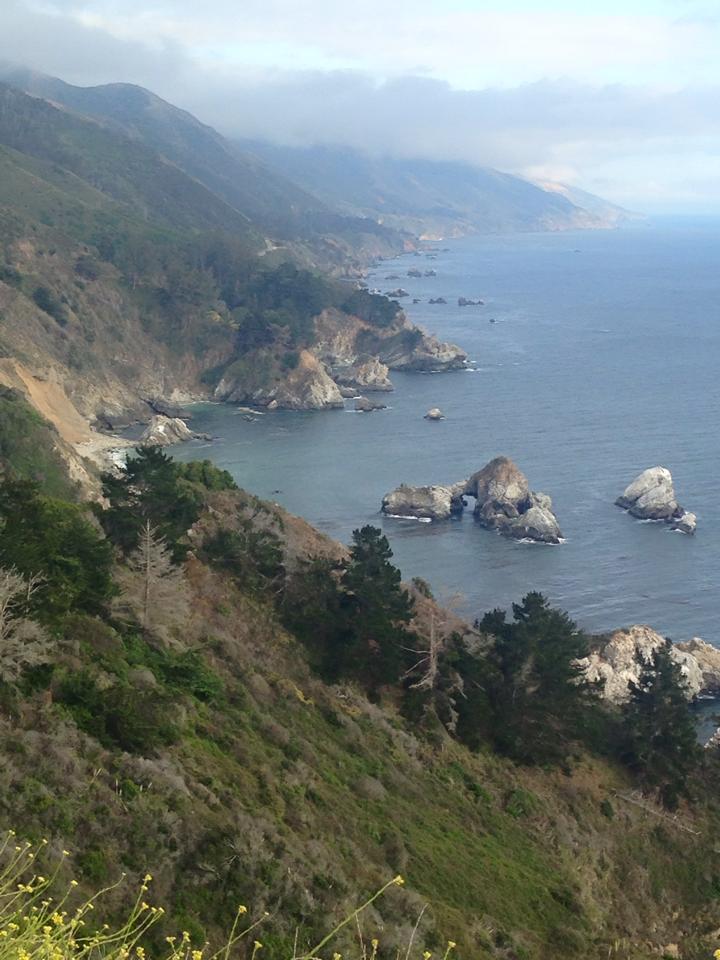 Big Sur: One of many fantastic vista points along the serpentine Highway 1. 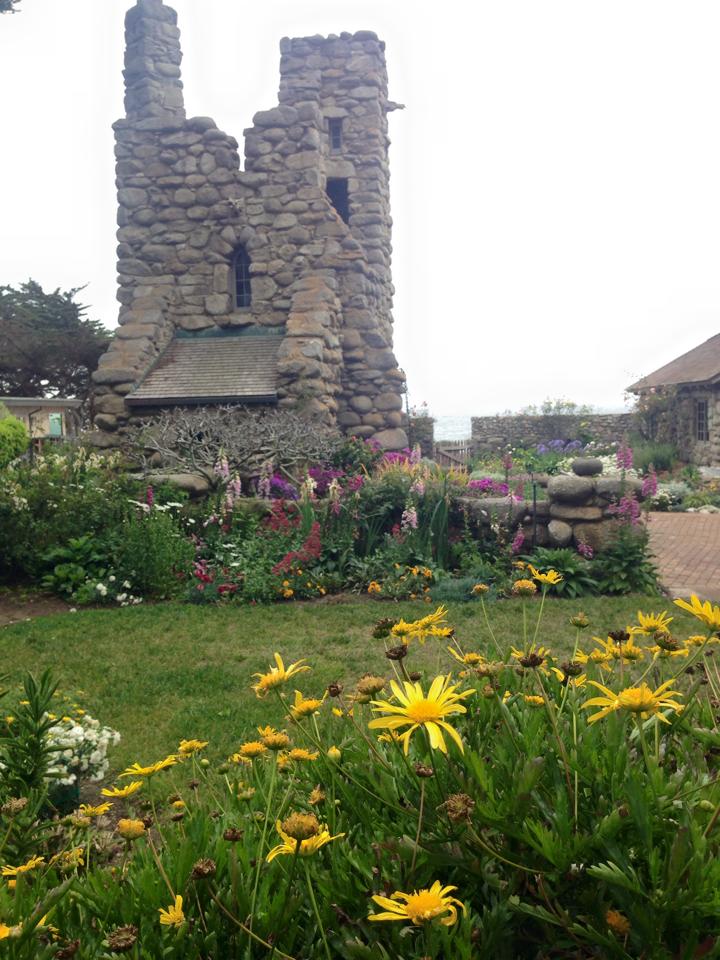 Carmel: Situated near downtown Carmel, Tor House and Hawk Tower were built by Carmel poet Robinson Jeffers. The house was completed in 1919, and the Tower in 1924. Tours are available. While in Carmel, add a stop at La Bicyclette, a French-inspired restaurant great for brunch. 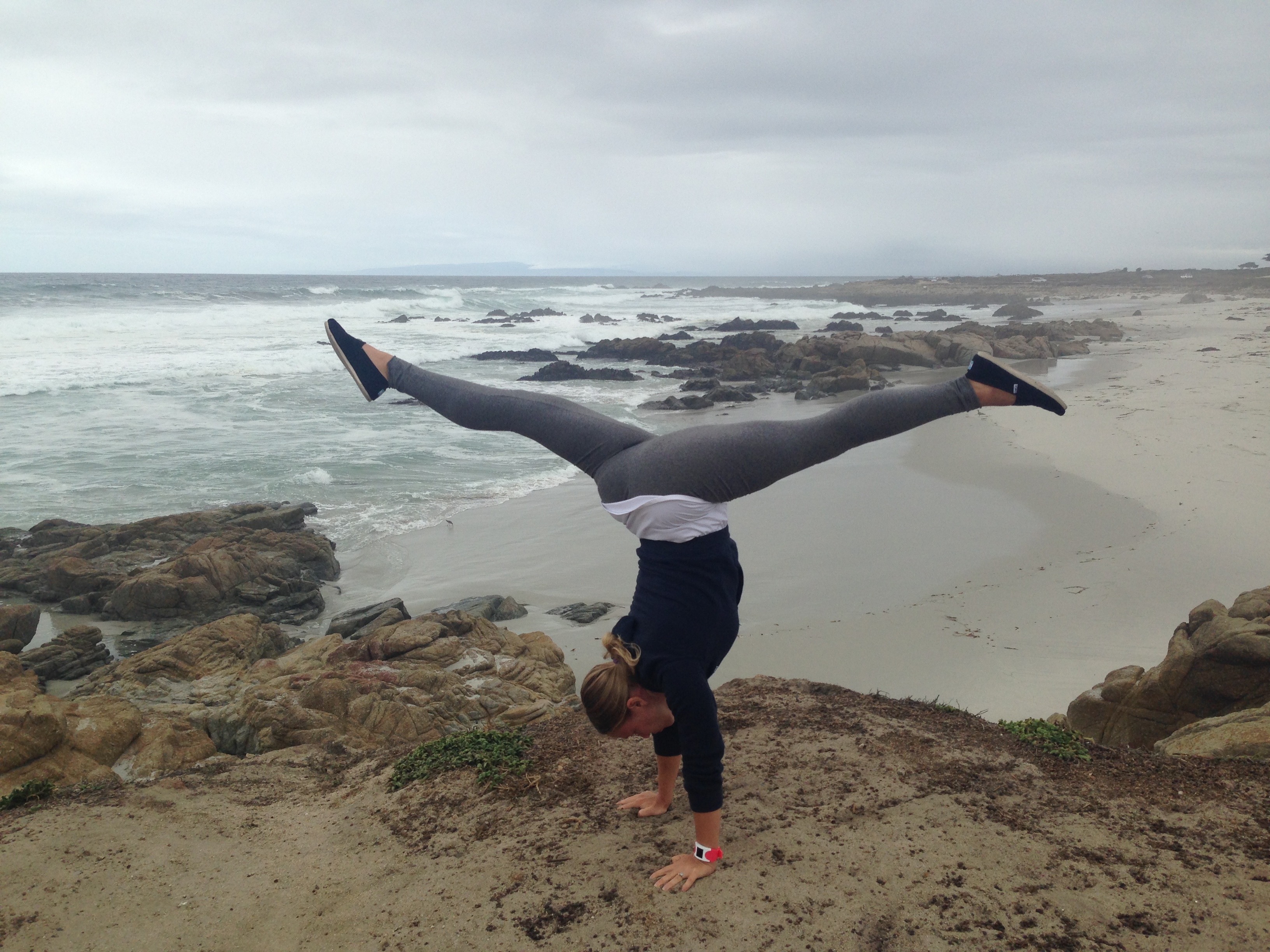 Pebble Beach’s 17-Mile Drive: Small balances along the cliffs of the scenic road, which winds through Pebble Beach and Pacific Grove on the Monterey Peninsula. Pass by prestigious golf courses, mansions, and natural attractions, including the Lone Cypress. 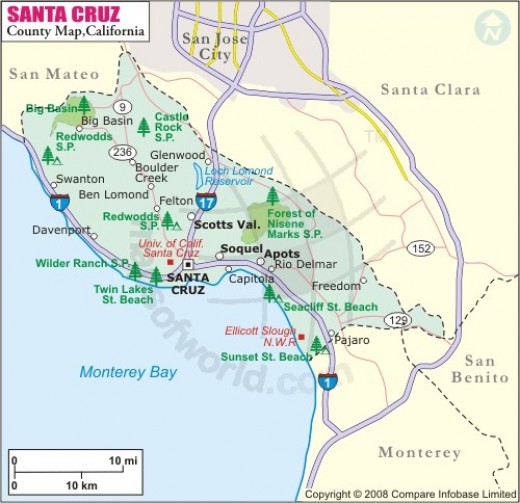 Santa Cruz: Explore the boardwalk area, ride on the wooden rollercoaster, and check out the spooky Mystery Spot. 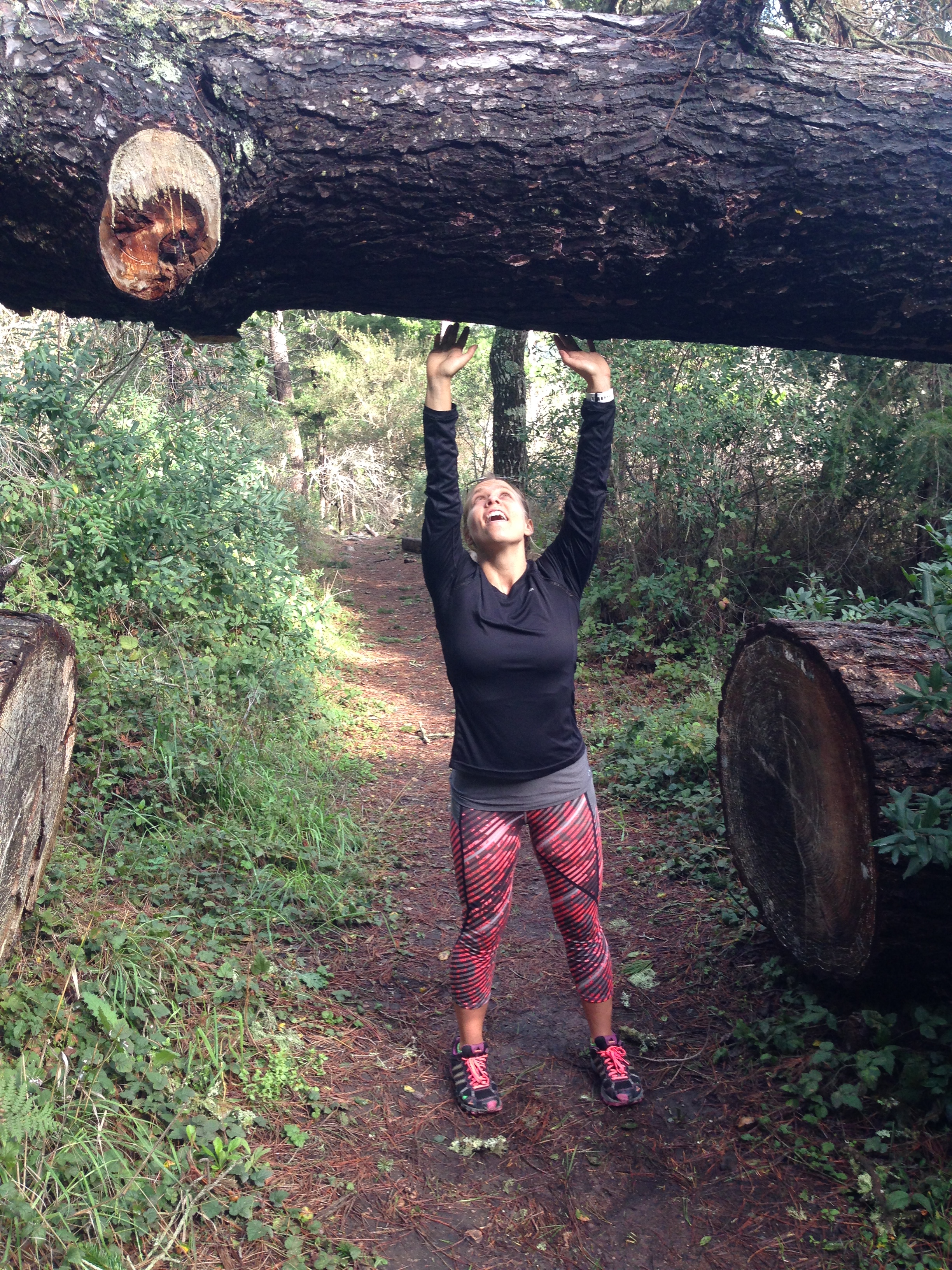 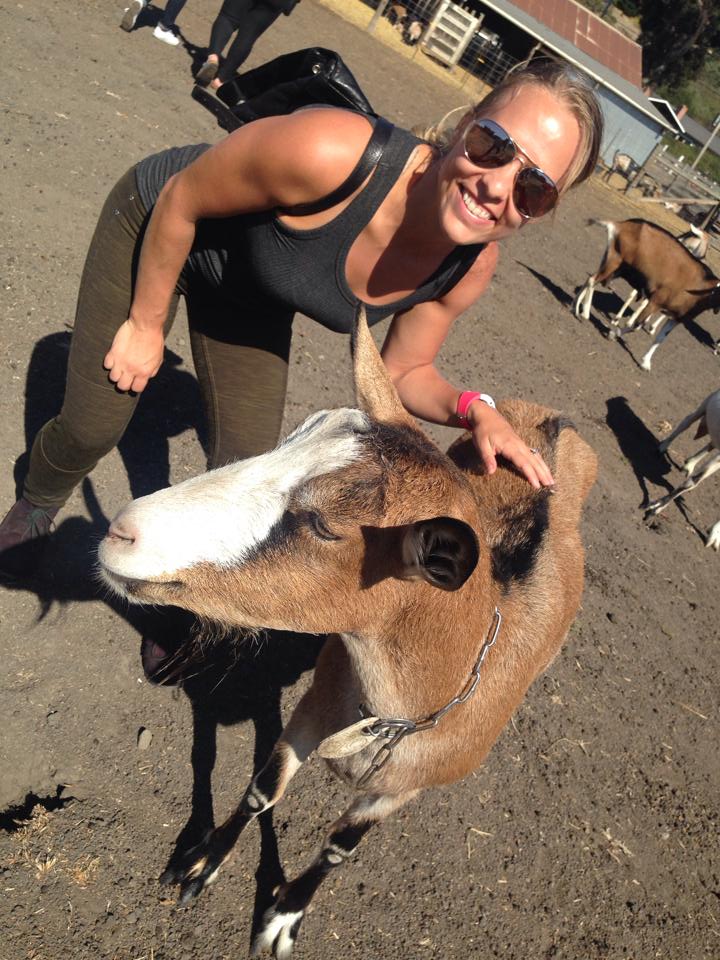 Pescadero: Small poses with a goat at Harley Farms, a restored 1910 dairy farm with 200 alpine goats. Get a free tour and make fresh cheese! 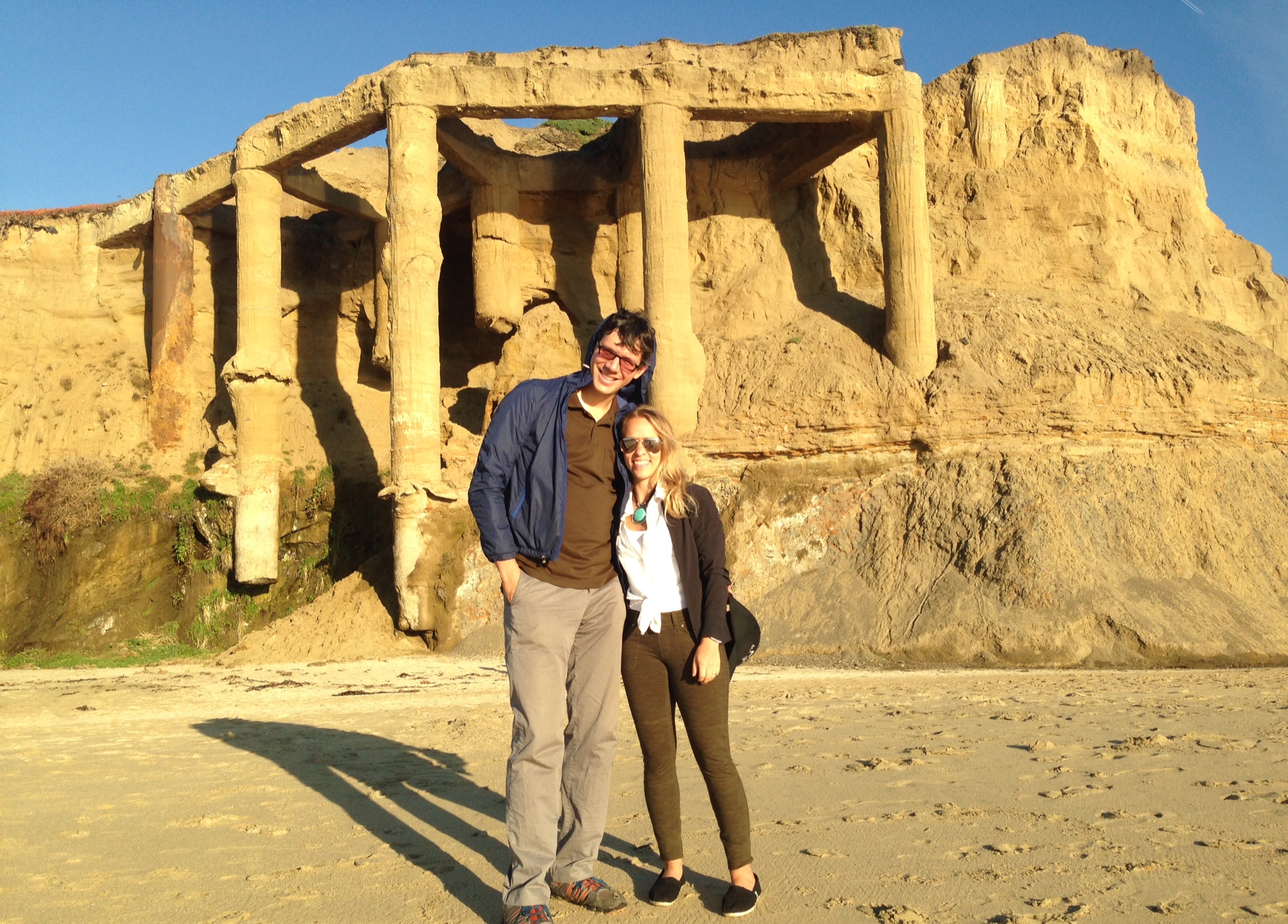 Half Moon Bay: Big & Small on the beach near the Ritz Carlton. These ruins of a former pier reminded us of Greece! 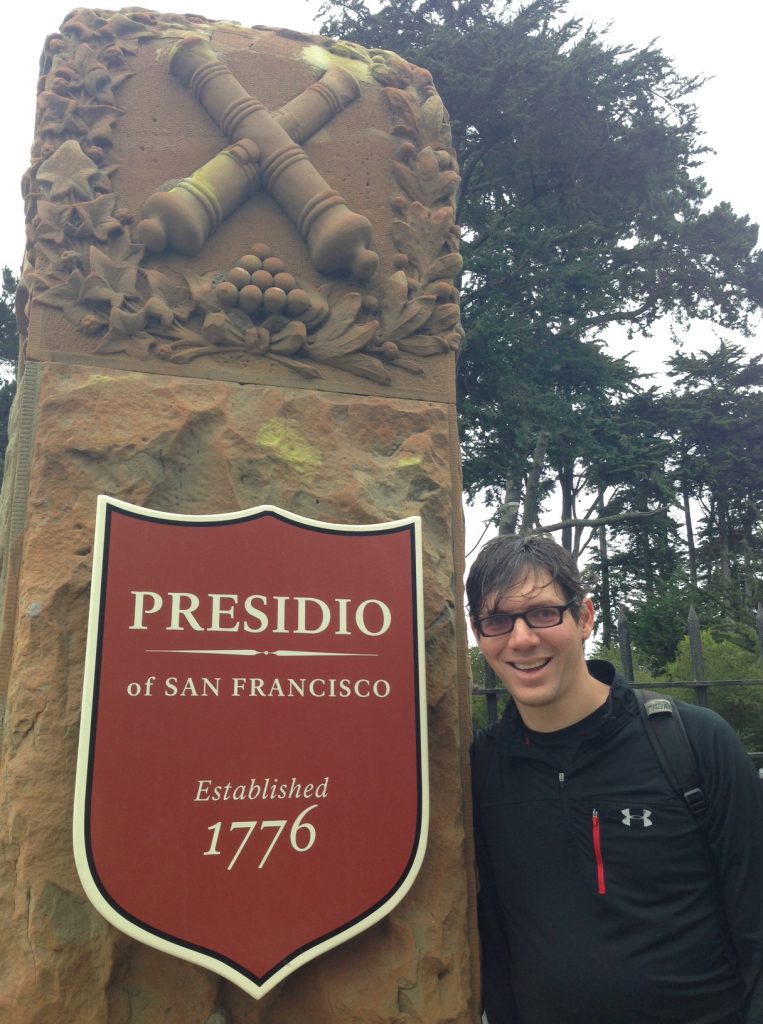 San Francisco’s Presidio: A fortified location since 1776, when the Spanish arrived. Big poses near the oldest footpath/trail in San Francisco, Lover’s Lane. 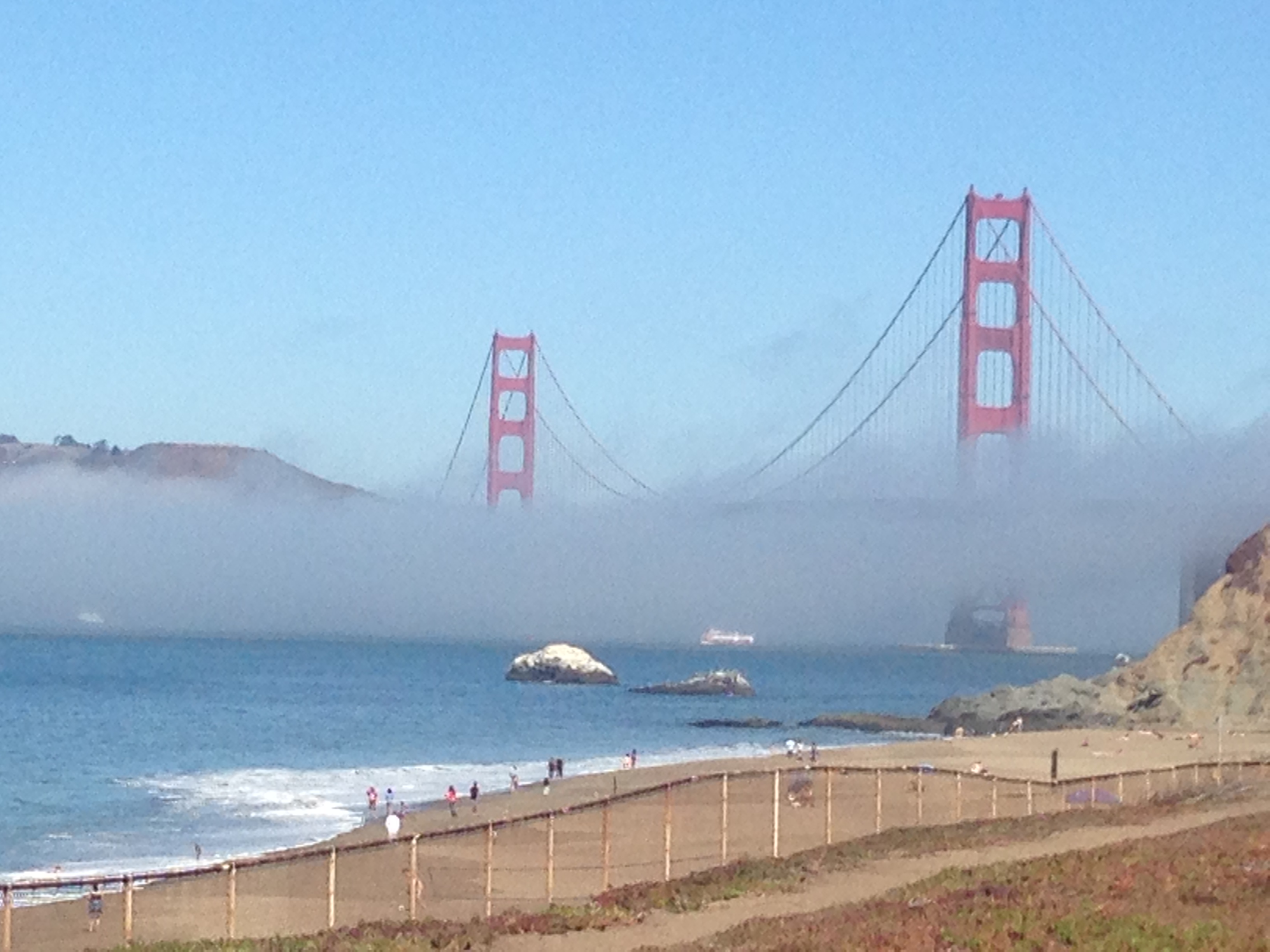 Foggy San Francisco: The iconic Golden Gate Bridge was constructed in 1937. The bridge is one of the most internationally recognized symbols of the City by the Bay. It has been declared one of the Wonders of the Modern World.

When you start to see the fog blanketing the city skyline, you’ll have covered roughly 450 miles from your start in Los Angeles. Now, hop out of that car and explore San Francisco via foot!

Check out Big & Small Travel on Youtube and subscribe to see our travels! Check out a few of ours video in San Francisco:

View all posts by Big