With my “nomad mat” in tow, I set off for my first yoga class in which I would understood absolutely nothing. Driving up to Yoga Shala Reykjavik means coming across a rather faceless windowed office building, something straight out of any American suburb. I saw no signs for the shala, and so simply followed a few mat-toting girls up the stairs. Inside, the place was much more inviting, with a rainbow of beanbags and a shrine of various yoga books and knick-knacks.

Still fighting jet lag and a lack of greens in the diet (fresh produce is a rare commodity in Iceland), I was feeling a little rundown, hesitant, and a bit nervous to enter the class, but I felt at ease upon meeting the sweet girl at the front desk (who I would in minutes learn was also the teacher), who greeted me in crystal-clear English and told me my first class was free (yay!). I still wasn’t sure what language I would be hearing for the next 90 minutes, but this was also an Ashtanga class, a form of yoga I was pretty familiar with, so I went in with head held high. 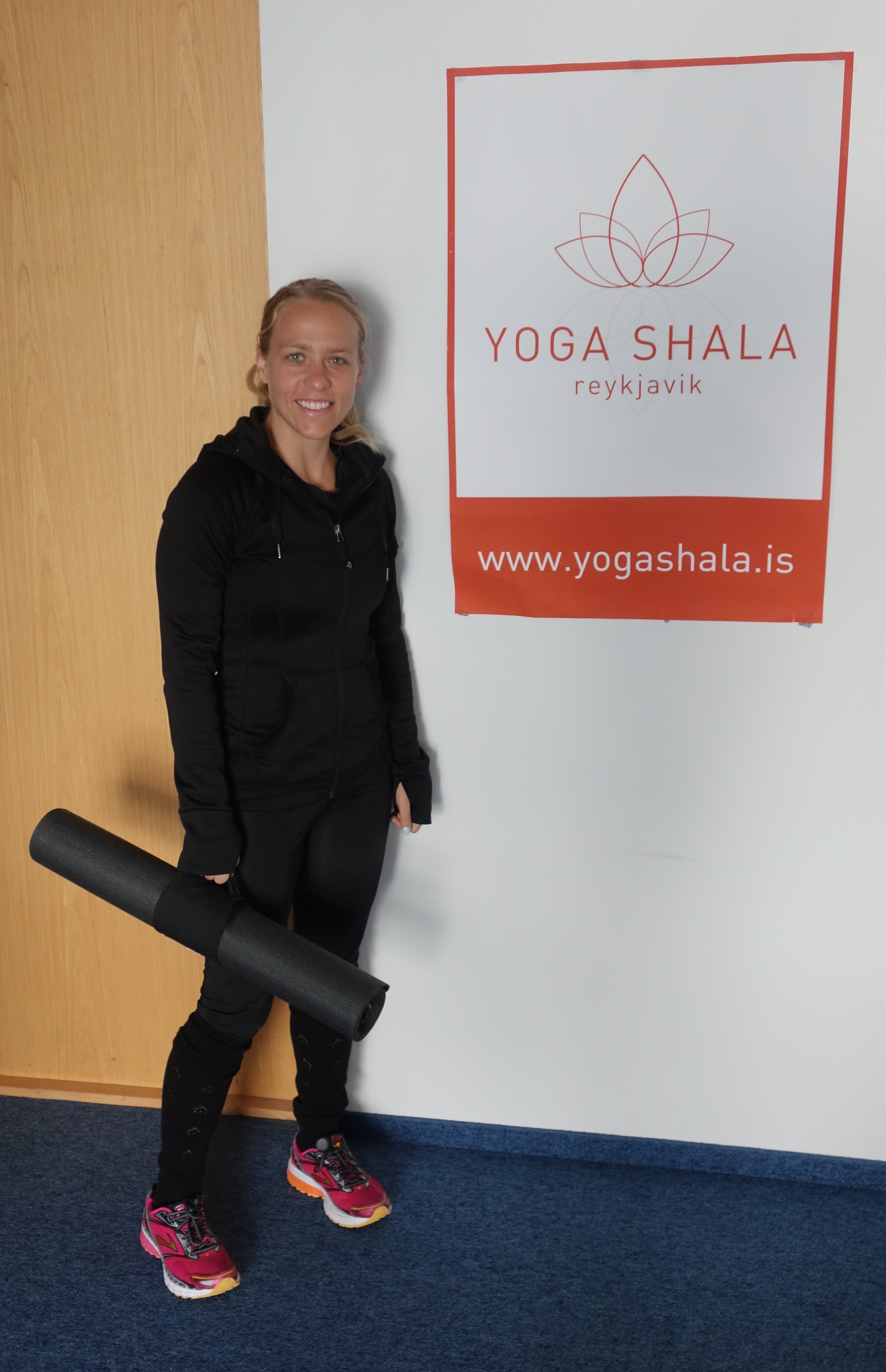 I quickly realized this class was filled with all Reykjavik residents. The teacher then entered, and the Icelandic soon began. It seemed everyone knew what the hell she was talking about…

Eventually, though, the choppy consonant-driven language seemed to meld gracefully with Sanskrit. My ears started to excitedly perk up when hearing “asana,” and I slowly started to recognize the 3-2-1 countdowns. This was exhilarating in itself, even though I still felt like a beginner, lifting my head and peeking around, getting scared when we turned to the back (which meant I was now in the front!).

I certainly wasn’t letting my mind go, though; in fact, I kept thinking about thinking too much. But once I started getting more comfortable—and remembering that everyone is really just focused on their own practice, not on dumb old me—the more I took in the calming energy of the class. I noticed a great focus on deep and detoxifying breathing, something I don’t get enough of in my classes at home in San Francisco, which tend to be way more rigorous. The breathing among this small group overtook and warmed the room. It felt like a natural force much bigger than the sum of its parts; it felt very Icelandic in a way—this small room, like the island it rested upon, could create some real fire and noise.

Speaking of noise, I only realized the lack of music about an hour into the class—a stark difference from the techno-blasting class of home. I thought no music would drive me mad, but I didn’t even notice it. It was refreshing, actually, to hear nothing but syllables, inhales, exhales, and the occasional squeak of a mat. Yoga is not about comprehending the external anyway—realizing this can be pretty liberating.

Next up: Paris, France!