Italy, the Middle East, SE Asia, USA and the Balkans

Big & Small did slightly less traveling in 2018. Still, we managed to do a complete trip around the globe—starting in Italy, we headed east, only to end up back in Italy for the close of the year. We slept in a total of 41 beds, and visited 8 new countries. Through it all, we made use of planes, trains, automobiles, trams, buses, tuk-tuks, scooters, and our own two feet to get across vast oceans and mountain ranges, charming old towns and coastal villages, and sprawling metropolises.

Here are our top 12 highlights—and all of our YouTube videos!—from Italy to the Balkans, the Middle East to SE Asia, and the USA to a few hidden treasures in between. Be sure to subscribe to our YouTube channel for regular updates on our adventures!

Big & Small skipped the car and decided to rent scooters to explore the charming towns of Puglia, Italy, including the magical home of the fairytale-like trulli—Alberobello! Other towns we visited include: Ostuni, Cisternino, Locorotondo, Martina Franca, Carovigno, Costa Merlata, Torre Canne, San Vito dei Normanni, Monopoli, and Polignano a Mare. We had a few scooter problems along the way, but enjoyed the beauty of the countryside and the stunning coastline of one of Italy’s most underrated regions. Follow our journey!

After a quick change in travel plans, we decided to head into Albania from Montenegro. We had heard about the Valbona to Theth hike, a roughly 10-km trek that takes you between two tiny villages nestled deep in the heart of the Albanian Alps. This is the first time Big & Small hiked with everything on our backs, navigating rocky terrain as we made our way to the peak from Valbona before walking through dense forest on the knee-buckling descent to Theth. We managed to do this hike at the tail-end of the season in October, which meant we were rewarded with spectacular fall colors—swaths of bright reds and oranges blanketing the rugged mountain edges. We relished the fresh air, local food, and lack of WiFi. Just getting to this area of Albania is a journey in itself (including a ferry and some harrowing bus rides). But that means it remains rather unspoiled, and we sure hope it stays that way.

Sarajevo, the capital of Bosnia and Herzegovina, is a city where wars began and olympics were held. You’ll see stunning landscapes, sweeping mountains, and remnants of tragedy. Here are 10 things to do in Sarajevo, including taking the new cable car up Trebevic Mountain, walking along the abandoned Olympic bobsled track, trying local food and coffee, and learning about the city’s most harrowing moments under siege.

Dubai was Big & Small’s introduction to the Middle East, and it did not disappoint. We spent a whirlwind two days in this luxe desert city, hopping between glamorous malls, a 7-star hotel, faux beaches, and the tallest building in the world. But the best part was getting a taste of the much more modest Old Dubai.

Discover southern Italy’s Campania region and the jaw-dropping Amalfi Coast! This is the land of colorful, cliffside villages; narrow, nail-biting roads; stunning hidden beaches; and pure luxury living. But this doesn’t mean budget travelers can’t experience all the fun and fabulousness. Here are our tips on doing the Amalfi Coast on a budget.

A visit to this pearl of the Indian Ocean was an unexpected surprise. The island of Sri Lanka is a must-see, thanks to the kind and generous people, fresh and vibrant foods, beautiful beaches, calm waters, and the chance to meet sea turtles and a monkey in stylish pants! Our journey to the southern coast town of Galle began with a rickety but scenic train ride and took us to hidden beaches, a sea turtle hatchery, and the locals’ best breakfast spot.

Belgrade, Serbia, is a mix of grit, decay, hipness, and luxury, and its dynamic energy is like no other European capital we’ve explored. Once the heart of the former Yugoslavia, the Balkans’ grandest city has a fascinating history—plenty of it dark—which can be found in everything from its scenic fortress overlooking the Sava and Danube Rivers to the shocking ruins of the NATO bombings of 1999. But Belgrade is just as much a bustling metropolis for the young at heart, with its great restaurants, sleek cafes, renowned nightclubs, newly renovated waterfront, and one of the coolest museums devoted to Serbian inventor Nikola Tesla.

The capital city of Bulgaria has a fascinating history interwoven with its diverse mix of influence from the Romans, Ottomans, and Greeks. Throughout the city center, you’ll walk through old Roman ruins; catch a full view of a mosque, Catholic cathedral, orthodox church, and synagogue all at once (the Square of Tolerance); and pass by dilapidated, Communist-era buildings sitting alongside hip new cafes and restaurants. In Sofia, we visited the Museum of Socialist Art, took a free food tour, drank some “miracle” mineral waters, and explored the nearby Vitosha Mountain. But our most memorable moment in Bulgaria was hiking the Seven Rila Lakes trail (part of the highest mountain range in the Balkans), one of the most breathtaking and rewarding hikes we’ve ever done.

If you’ve already battled the crowds of Cinque Terre and are looking for a more tranquil side to the seaside region of Liguria, Italy, we’ve got your itinerary. Big & Small based ourselves in the larger town of La Spezia, and traveled by bus and train to six other nearby coastal villages that rival the five towns of Cinque Terre for their spectacular views, colorful houses, and fresh seafood. Join us as we walk through Porto Venere, Lerici, San Terenzo, Levanto, Bonassola, and Framura. This is our “alternative” Cinque Terre—or more like our “Sei Terre” (Six Lands)!

Big & Small spent a month in Malaysia’s gleaming, bustling capital of Kuala Lumpur. Our intention here was not only to take in the city’s spicy food and melting-pot culture, but to be true “digital nomads,” i.e. save money and focus on our online work. But we found plenty of time to sit by the pool and explore the city as well. We visited the Petronas Towers and the national mosque, checked out traditional Malay dance, dodged monkeys at the Batu Caves, and caught plenty of whiffs of the world’s stinkiest fruit.

Montenegro boasts fewer than 700,000 residents, but welcomes more than 1 million tourists every year. This is because this small Balkan country has quite a lot to offer, from its rugged mountains to its narrow strip of beaches along the Adriatic coastline. Big & Small traveled through the country via bus and train. We walked the boardwalk of Bar, meandered our way through the old towns of Kotor and Budva, enjoyed fresh seafood and pomegranate juice, and visited the largest lake in the Balkans. But we also had a few disappointments along the way…

This was our home base for several years, so we enjoyed being reintroduced to San Francisco’s many charms (even with its growing ills, too). The City by the Bay is now infamous for its outrageous prices, but it’s still a place full of things to see and do that require nothing but your curiosity. 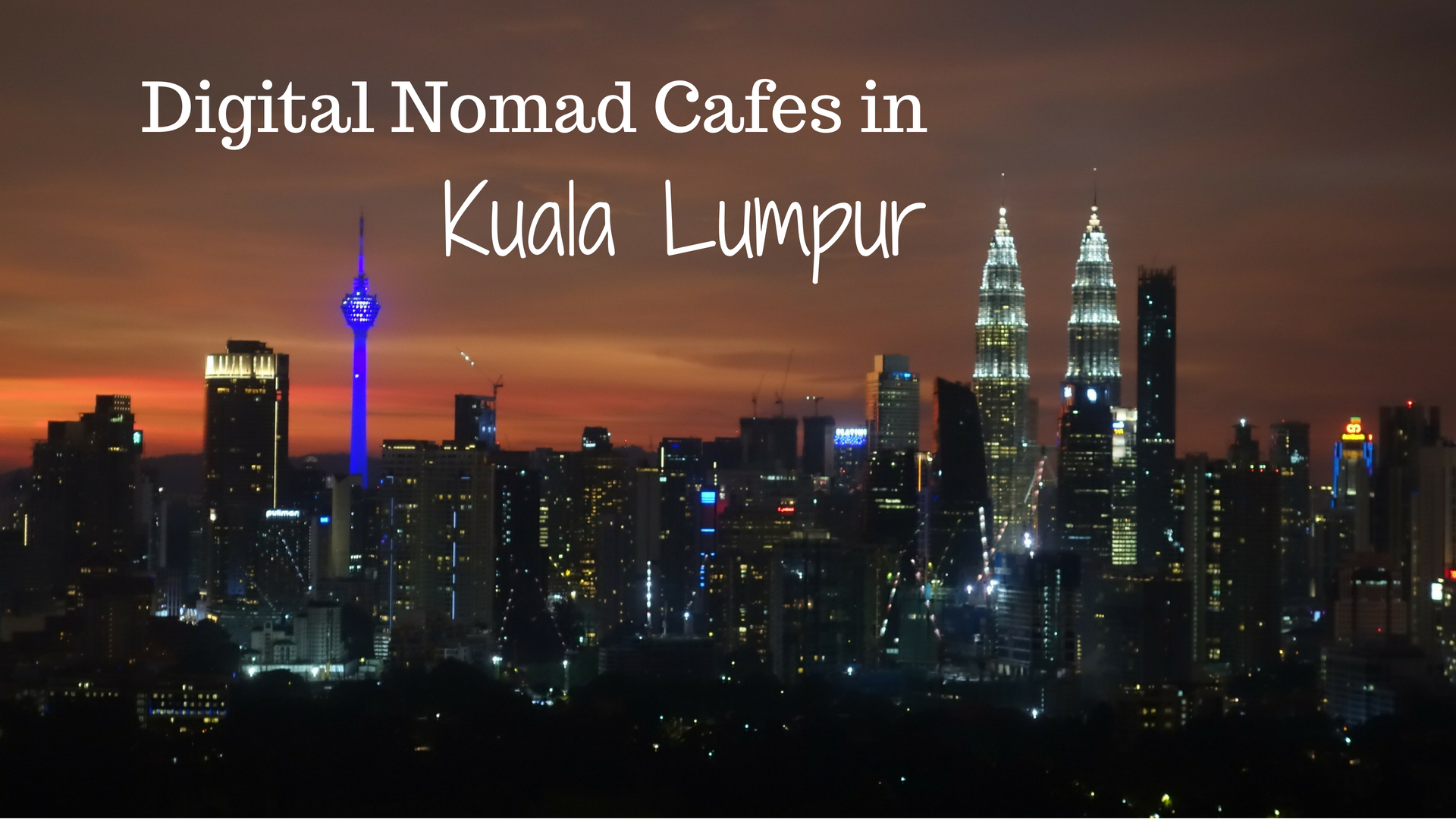 Big & Small spent a month in Malaysia’s gleaming, bustling capital of Kuala Lumpur. Our intention here was not only to take in the city’s spicy food and melting-pot culture, but to be true “digital nomads,” i.e. save money and focus on our online work.

Before arriving, we’d heard a lot of bad reviews about internet in Malaysia.

END_OF_DOCUMENT_TOKEN_TO_BE_REPLACED

Big & Small are excited to introduce Jazlyn Trent, a dear friend and our first guest writer! Below she gives her mouthwatering account of the food of Hue, an historical city that she believes is Vietnam’s True Food Capital. See more from Vietnam on our YouTube.

There is something almost therapeutic about eating hot noodle soup in 100-degree (F) weather at 90% humidity. Maybe it’s because as soon as that steaming bowl is placed in front of you, all vanity vanishes as your senses immediately take over. Your nose starts running like mad; beads of salty sweat drip out from every crevice, matting your hair and soaking your shirt. But none of this matters when that soup hits the tongue. If you’ve never experienced this sort of indulgence, you’ve probably never been to Vietnam, and definitely not to the city of Hue.

END_OF_DOCUMENT_TOKEN_TO_BE_REPLACED

Watch our video above for more detailed and colorful explanations of everything to know before visiting Hoi An, Vietnam.

The historic town of Hoi An may just be the most charming city in Asia. Located in central Vietnam, just south of the country’s third largest city Danang, Hoi An is a growing tourist destination. The Ancient Town is a UNESCO Heritage Site and it’s a stunning place in which various cultures collide—see lasting remnants of the strong Chinese history and influence, the Japanese Bridge and merchant houses, and French colonial architecture. And don’t forget the incredible Vietnamese cuisine. It’s a wonderful destination to eat, relax, and soak up traditional Vietnamese culture. If you’re planning to visit, here are 7 quick tips to enjoy Hoi An to the fullest.