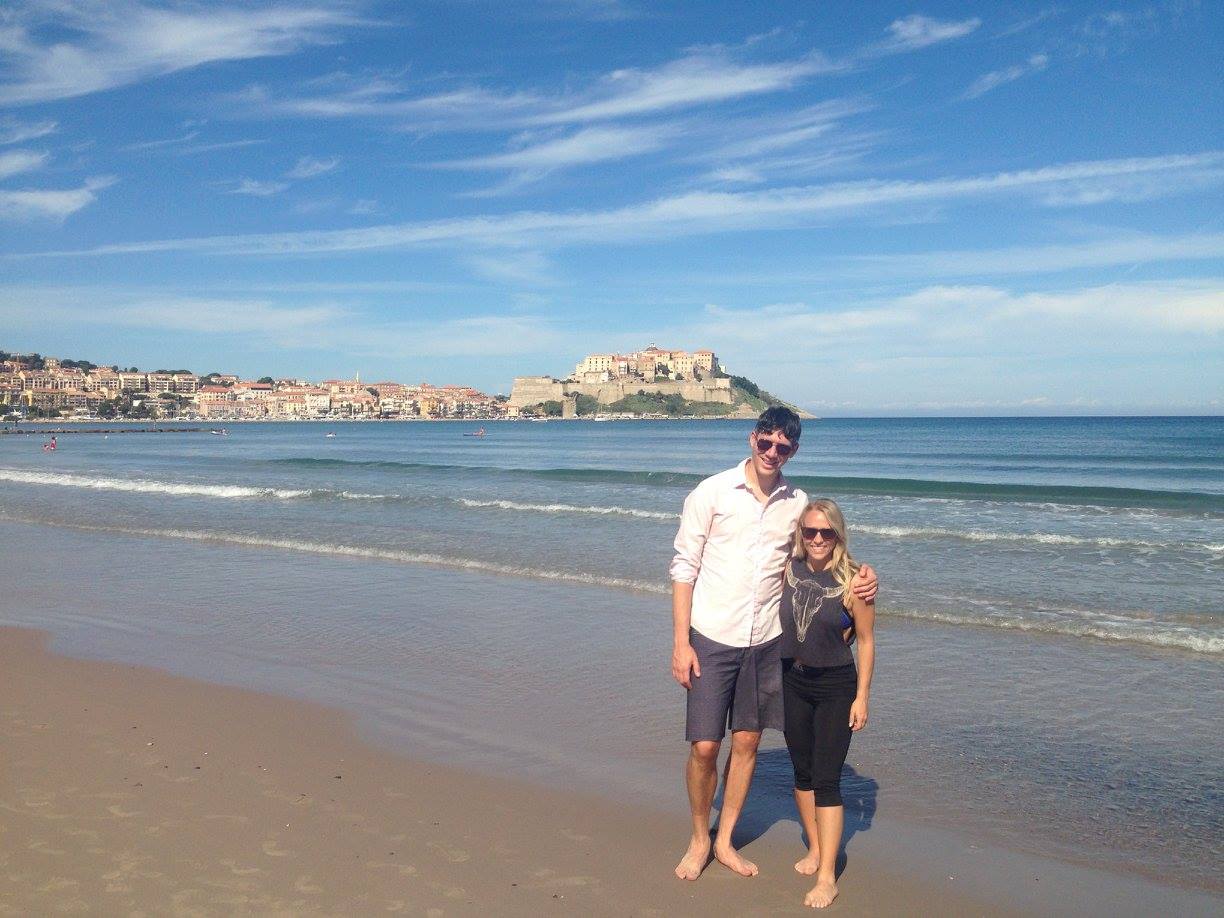 This mountainous isle is a land of many contrasts. Corsica is full of natural beauty and incredible food, but it comes with quite a turbulent history. It’s home to Napoleon Bonaparte and (arguably) Christopher Columbus, two dominant figures whose widespread influence is still being felt around the world today. Despite this, present-day Corsica is a fairly sleepy island packed with fascinating historical attractions and driven by an independent spirit. Here, I’ll be featuring some of the beauty of this island in pictures, and best yet watch The Big and Small Travel Corsica Video below:

In the video above, we showcase the Citadel, beaches, historic sites, food, L’Île-Rousse, and even yoga from Handstand Steph. This is a wonderful way to enjoy the intimacy and splendor of the isle of fierce beauty.

The first thing we noticed on our trip to Corsica was the ubiquitous presence of the Corsican flag. The flag is bold and striking, and revealing in its black-and-white simplicity. Against a white backdrop, it depicts a Moor’s head in black with a white bandana above his eyes—a symbol of liberation, even though Corsica has mostly been under Italian or French rule.

This flag was everywhere, reminding us constantly of Corsica‘s strong independent spirit, which can be traced back through an interesting and significant history that includes connections to both Napoleon and Columbus. When in Calvi, I recommend exploring the citadel, which is open to the public and free to roam. It is filled with lots of small passageways, breathtaking lookouts, and interesting architecture. You’ll also notice a monument to Columbus, as well as churches and historical points that refer to the island’s existence under Genoese rule.

We present many visuals to document the citadel in Calvi, as well as the beauty and attractions at L’Île-Rousse (Red Island), named because of the color of the rocky islet that serves as a natural harbor.

You can get to L’Île-Rousse by train (which offers incredible views of the coast along the way). We recommend hiking up to the top of this part of L’Île-Rousse (just behind the train station) for great views of the Genoese tower and the vivid hills of Balagne in the background. This hike is short but intense and full of nooks and crannies that allow for great photo opps of the sea and beyond.

Overall, the food (especially the cheese and wild boar), wine, and striking landscapes are enough to make anyone swoon. But what most struck me most about Corsica was the relaxed sense of efficiency and an overall dedication to self-sufficiency. Corsica seemed to be running on its own watch, despite being part of France.  This made it feel like its own special little paradise.

View all posts by