This post was originally meant to be a rumination on post-travel blues, but it has turned into something else entirely as I come to terms with settling in back home and working out my next big life step…

I’ve spent all of 2016 clicking on an endless amount of content telling me what to eat, what to do, what to be, what not to be, how to be, who to be, who I should be, who I think I am, who the enemy is, who the real enemy is, what I should care about, why I should care about it. My brain is on the fritz and I’m no more knowledgeable because of it. In fact, I’m more disillusioned, disgusted, and terrified, and I’ve had no idea how to articulate that, which makes me click on even more content to see if someone else can.

After traveling for two months, soaking up food, culture, history, different ways of seeing and believing in the big three — life, love, and death — I’ve taken to sitting on my laptop trying to find something to motivate me — to move me, because I’m not physically moving anymore. I’m filled to the brim with information and misinformation, and it’s gotten me nothing but a sore butt.

The Man Who Sold the World

This has been the ghastly state of my brain lately. And then David Bowie died. And I had received the news just as I had pressed play on “Blackstar” for at least the 100th time. I can’t even explain why this track had been haunting me so much (at least, I couldn’t before his death), other than that it is beautiful, mystical, and totally terrifying — like the most powerful images we come across on this planet. It’s Bowie pushing his toes to the edge of a cliff, scanning the endless sea below, and then diving, gleefully, into the infinite.

And the more I’ve dug into Bowie, the more I’ve fully realized what it is about him that has hit me (all of us) so hard. He represents everything this world quickly tries to beat out of us: freakiness, curiosity, rebellion. He played the system while subverting it at the same time. He even saw the internet (back in 1999, mind you) as carrying “the flag of being subversive and possibly rebellious and chaotic, nihilistic.”

So I keep thinking about this idea as I mill about online. But I’m struggling with this notion, too, because I fear the internet, as the majority of us know it and embrace it, has gone the same way as rock ’n’ roll — watered down for mass consumption. The rebels, the renegades, the nonconformists, they struggle and thrive on the fringes like they always have. They may get a bigger audience now, but only in the span of a day’s meme.

Maybe it’s because the data dutifully places us with our quantifiable doppelgangers, so we’re all placed into some little fragmented digital bubble where we all mostly, seemingly share similar ideas and experiences. The internet has turned from a heated melting pot to a cold, stagnant stew, as we all float with our likeminded kind. So, when Trump or Obama or Muslims or Christians or anti-vaxxers or vegans or anyone with any sort of nebulous label threaten our little bubbles’ beliefs, we can shout at each other, share the same (mis)information with each other, and count up the likes for validation — and not learn anything in the process.

It’s easy to blame the technology, and not just ourselves. We underestimate how easily we as humans can adapt to external stimuli, even though we’re all still run by chemicals and an ego. We still form allies and enemies, heroes and villains, just now behind screens and with the illusion that it’s all based on questionable data, statistics, and science. We forget that the internet is zeroes and ones, black and white; it’s just information organized. There’s no room for the grey of reality, for true chaos, for tangible experience. The internet is not the cause of the world’s countless schisms, but it is the messenger — and we’re all getting some part of the message, curated just for us.

So when reality bursts our bubble — when a city is attacked, when women are raped, when children are killed, when the day’s mass shooting trends — we don’t know how to cope, to relate, to comprehend, to understand each other. We become afraid of others, afraid of ourselves, afraid to leave our safe little online world where we can escape to pictures of sloths and old Bowie videos.

And here’s where my current dilemma lies. My job is to write and edit content for this big, global messenger, and I’m finding it harder and harder to do just that — to write even this feels like an exercise in futility. To add to the deafening noise feels dishonest and unproductive. So, I’ve felt shiftless, and lazy, and a little scared. How do I reconcile that? How do I make a living? What would Bowie do?!

Well, he would shock the hell out of us — in a time when we can’t possibly be shocked anymore. He resurrected the ideals of rock ’n’ roll, of the internet — to subvert, challenge, and inspire — with his own departure. He made us question our own morality; he made death — the scariest thing of all — just as thrilling as life.

This going-away present has wormed its way into our collective guts. I feel it in my own, wriggling around, lighting up neurons, electrifying my brain, making me feel weird and uneasy but strangely inspired, as the best art should. It isn’t telling me what to eat, what to do, what to be, what not to be, how to be, who to be, who I should be, who I think I am, who the enemy is, who the real enemy is, what I should care about, why I should care about it. And maybe that’s all I — we — need.

Their set began with lush strings snaking through ambient drones, guiding us all into a head-nodding hypnosis. My mind went straight to our time in Iceland, especially driving along the Ring Road, an entrancing experience of its own, passing through barren land, gushing waterfalls, and towering glaciers. Soon enough the bass kicked in, the beats sped up, and the crowd got lost in the urge to dance.

Instrumentally dense (the lulling strings really set Kiasmos apart from other likeminded electronic music makers) and infectiously thumping, this is music meant to seduce both mind and body.

Be sure to check out Kiasmos’ latest EP, Swept! 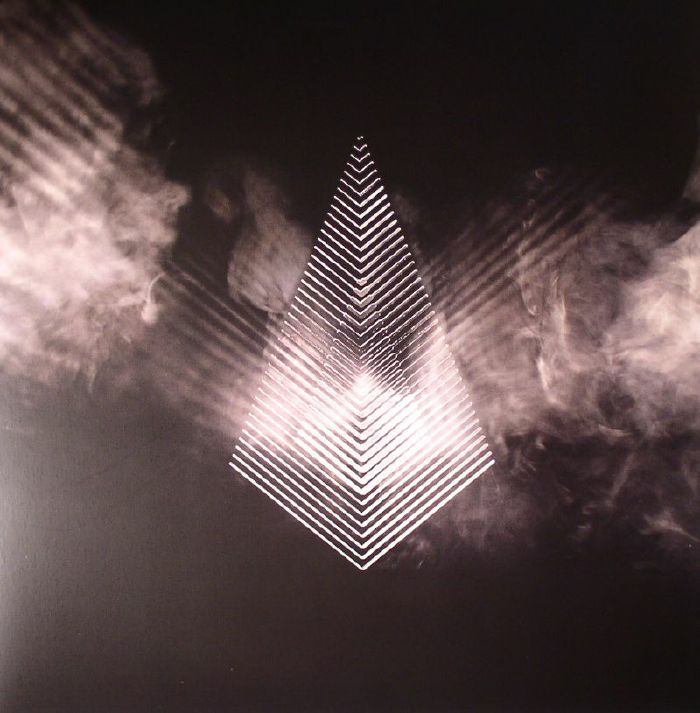 If you’re curious, check out more of our impressions of Iceland.

Austin is a city brimming with tech investment, yuppie luxuries, hipster havens, Southern charm, healthy eats, and cultural attractions — but it’s probably most famous for its mighty SXSW Music Conference. My first time at the annual music-industry extravaganza involved quite a mix of emotions: excitement, anticipation, confusion, anxiety. With so much going on, the sense of wonderment and worry comes from that nagging feeling that you’re missing out on something great just around the corner. I was lucky enough to go with a seasoned veteran, aka Handstand Steph, who helped direct me to venues and parties filled with great new bands. This may not be as easy a task as you’d think. See, SXSW has quickly grown into a corporate free-for-all, where a stage resembling a giant Doritos bag is the main attraction, and where A-list celebrities woo even the snobbiest of music fans and insiders. Do Justin Timberlake and Prince really need to be there? More importantly, does every media outlet need to report on it? What happened to SXSW being purely an outlet for unsigned bands and music discovery?

END_OF_DOCUMENT_TOKEN_TO_BE_REPLACED

I vowed to make 2012 a year to fully embrace my endless wanderlust. I think I did a pretty decent job. Here, I’ll attempt to prove just that. I’ll be running down my top travel adventures of 2012 … slowly but surely. In no particular order, here’s Vol. II, a trek south and inland to Palm Springs and Joshua Tree National Park.

There’s something mystical yet menacing about the desert. Maybe it’s all that dry air sucking out all the bullshit. Bullshit can’t survive in the desert — the sun would rot it too quickly, or, on a chilly night, the wind would just carry it all the way to, well, a place like L.A.

END_OF_DOCUMENT_TOKEN_TO_BE_REPLACED

I vowed to make 2012 a year to fully embrace my endless wanderlust. I think I did a pretty decent job. Here, I’ll attempt to prove just that. I’ll be running down my top travel adventures of 2012 … slowly but surely. In no particular order, here’s Vol. I, the last of my year’s adventures: THE BIG APPLE.

Ah, New York City. No other metropolis can make you feel as little and insignificant as an obedient ant in a bustling farm, yet as big and bold and alive as a caged animal set free to roam the most exotic of concrete jungles. It’s noisy, hectic, and vibrant. It never sleeps, so neither should you (and we didn’t… much). Our adventure in NYC was a quick one, but never lacking in good times.

END_OF_DOCUMENT_TOKEN_TO_BE_REPLACED

For me, 2012 may be just as memorable for its live shows than for the music itself. Then again, that’s the way it should be, right? Music is about the experience — physical, mental, and emotional — and that experience can be multiplied tenfold in a live setting — if the artist is good enough, that is. So, as a way to remember these good times, I’ve tracked my top live music moments of 2012. Enjoy the show!

END_OF_DOCUMENT_TOKEN_TO_BE_REPLACED

My most memorable and heartfelt moment occurred watching New Order in Oakland. The members of New Order are all beyond 50 and no longer even making new music yet they still pack quite a punch. New bands seemed to have stepped aside for the older and more established bands like New Order, Refused, Blur, and more that continue to dominate the live circuit. However, newer bands like the Babies, Youth Lagoon, The Drums offer hope if they aim higher and strive for more. I have outlined my top moments, all from live shows, from this past year.